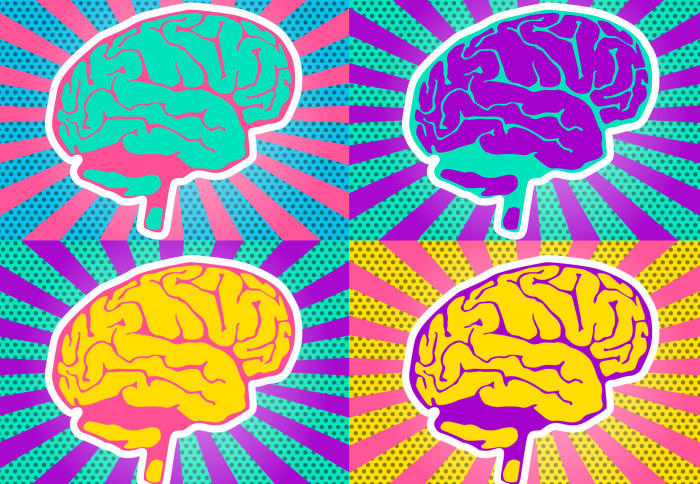 From treating depression to understanding consciousness, the promise of psychedelics is shifting their study from fringe to frontier neuroscience.

In 2019 a small group of researchers at Imperial established the world’s first dedicated centre for research into the action and clinical use of psychedelic compounds.

Two years on, the Centre for Psychedelic Research has completed landmark studies into the therapeutic potential of magic mushroom compound psilocybin for depression, exploring the ‘waking dream state’ linked to ayahuasca, and digging deeper into the science of micro-dosing with LSD.

Ryan O’Hare spoke to Dr Robin Carhart-Harris, the head of the Centre, to discuss what’s in store for the future. Listen to the full interview below.

Here are five of the big questions the work of the Centre for Psychedelic Research hopes to answer in the future.

1. How do psychedelics change our brain?

Work from the Centre has shown that psilocybin may help to ‘reset’ the brain and break out of long-entrenched patterns of activity seen in depression.

Early, unpublished follow up work from the team shows that when people are shown emotionally charged faces, SSRI antidepressants (drugs like fluoxetine and escitalopram) blunt the response to all faces, but psilocybin may only dampen the negatively charged faces.

Delving into this further, the Centre plans to study how psychedelics change the activity of our brains. Studies are due to begin analysing brain waves and MRI data in volunteers given psilocybin and DMT (the active compound found in the psychedelic Amazonian brew ayahuasca) to compare their brain activity before and after their experience.

2. How are people using psychedelics and can we reduce potential harms?

Over the last two years, the team has been gathering real-world data on how people are using psychedelic drugs, gaining valuable insights.

Through the ongoing Psychedelic Survey and the imminent launch of the MyDelica app, the team hopes to use a data-driven approach to help inform people intent on taking psychedelics of the importance of the setting, wider context and psychological state on outcomes.

One of the aims is to educate people and provide advice, which may help to reduce harms and ultimately improve psychological outcomes.

“We’ve actually seen, looking at some recent data, that use of psychedelics over the last 10 years has increased exponentially,” explains Dr Carhart-Harris.

“With the online sampling and the app we’re developing, the intention is to de-risk some of that and provide harm reduction, psycho-education advice to try and keep people safe, essentially.”

The researchers warn that people should not attempt to self-medicate or replicate findings from clinical trials with psychedelics, as the team provided a special therapeutic context for the drug experience and things may go awry if the extensive psychological component of the treatment is neglected.

3. Could psilocybin help to treat anorexia?

Following positive initial results in a small trial of psilocybin assisted therapy for depression, the Centre is set to look at whether the same approach could help with anorexia nervosa.

Building on evidence from a small number of historical case studies of using psychedelics in eating disorders, the team will trial psilocybin-assisted therapy in young adults with anorexia to see if the treatment is feasible and effective.

According to the Centre: “Anorexia nervosa is the most fatal of all psychiatric conditions. With the current paucity of effective pharmacological and psychological treatments, and fewer than half of those diagnosed making a full recovery, there is a great need for new treatment avenues to be explored.”

A small study is due to begin in the coming months.

Despite numerous advances in pain relief, effective and non-addictive treatments for long-term chronic pain – such as lower back pain – remain elusive.

There is mounting evidence that in those with chronic pain conditions, the brain connections which relay and processes pain signals can become reinforced and strengthened over time, as part of a feedback loop which sensitises them even more to feeling pain and associated negative emotional response.

Psychedelics could offer an opportunity to ‘reset’ these neural pathways. The hope is that by disrupting this entrenched pain circuitry, psychedelics might offer a way to reduce the brain’s over-sensitivity to pain signals.

According to Dr Carhart-Harris, the Centre hopes to begin a study later this year.

One of the more fundamental areas researchers are hoping to advance with psychedelics is our understanding of human consciousness.

By analysing brain activity before, during and after psychedelic experiences, the team hopes they can shine more light on brain states linked with the so called ‘mystical experience’ associated with psychedelics.

The team has already laid some of the groundwork, with its previous DMT research into the ‘waking dream state’ linked to ayahuasca. It is thought that a better understanding of how different patterns of brain activity give rise to hallucinations and waking consciousness could enable us to nudge the brain when it’s stuck in certain negative patterns.

Psychedelics could potentially ‘reset’ brain activity and enable people to break out of entrenched, negative behaviour patterns – linked to addiction, depression or pain, for example – which have been reinforced and strengthened over a person’s lifetime.

“DMT is a particularly intriguing psychedelic,” Dr Carhart-Harris commented previously. “The visual vividness and depth of immersion produced by high-doses of the substance seems to be on a scale above what is reported with more widely studied psychedelics such as psilocybin or ‘magic mushrooms’,” he explained.

“Our sense it that research with DMT may yield important insights into the relationship between brain activity and consciousness, and [our previous work] is a first step along that road.”

For advice on treatments for depression or any of the conditions discussed in this article, please contact your doctor or visit the NHS website.