In a way, psychedelics are the new cannabis. With growing research into their potential medical benefits, it’s clear that there is growing interest and acceptance of naturally derived therapies in US wellness circles.

Now, like cannabis, entrepreneurs  in the United States are looking for ways to introduce psychedelics into your wellness routine, without you having to worry about tripping. As such, a new range of sparkling water provides the perfect blend of (legal) psychedelics that will leave you feeling euphoric but also focused on the day ahead.

A New Dawn For Psychedelics 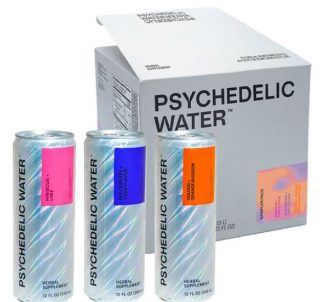 Almost 3 years ago, Pankaj Gogia met Keith Stein, who Gogia describes as one of the ‘forefathers of the cannabis industry in Canada.’ At the time, Gogia was busy consulting work on cannabis, and it wasn’t long before the two touched on the rising topic of psychedelics.

Eventually, Stein proposed that the two create a consumer-facing product that would shine a light on psychedelics and open up the conversation. Essentially, Stein wanted to destigmatize and demystify psychedelics.

“A psychedelic experience is something that is going to change your mind… Psychedelics are really a state of mind on opening up and looking at things in a different way.”

Psychedelics are not legal for recreational use

Now, while adding psychedelics to water might sound fun, it’s important to remember a few things. For one, popular psychedelics like LSD and psilocybin aren’t legal for recreational consumption in most countries in the world. In the US, some states have legalized the medical use, and research of psychedelics for specific medical conditions and only under specific medical authorisation.  Therefore, it would be impossible to make products that contain them to sell to the public at large.

Hence Gogia shared that they had to find legal psychedelics that would allow them to create their products. This would then open up the conversation and provide people with a similar psychedelic experience. 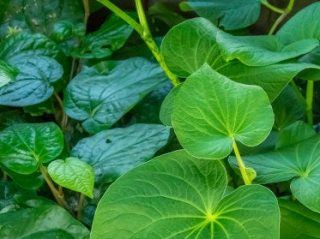 The main ingredient featured in Psychedelic Water is Kava, which is a psychedelic. Kava hails from the South Pacific Islands, and it’s been used for years to create drinks that leave one feeling happy and relaxed.

Thanks to the presence of Kava, psychedelic water provides a euphoric experience. (Gogia also mentions you feeling a gentle tingle), just without the hallucinations.

Once they had decided on Kava, both Gogia and Stein wanted to create a blend that would enhance the Kava experience. This is when they came across Damiana. According to Gogia, they found that blending Kava and Damiana provides one with a stronger euphoric feeling. What’s more, Damiana has also been found to help settle the stomach, which is great because Kava can upset the stomach.

However, the combination of Kava and Damiana can leave one feeling sleepy. This is when green tea was added as the final ingredient, to balance things out. The final result is you feeling relaxed but also focused.

“We have customers that will enjoy a can before work because it takes the edge off before a stressful and it doesn’t impede their performance because they have that little bit of caffeine to get them going through the day.”

The future of mainstream psychedelics 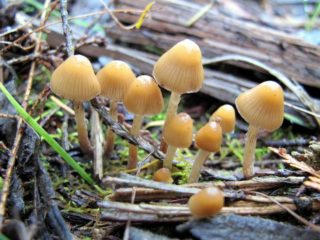 Gogia and Stein already have four different flavors of their psychedelic water. If that’s not enough, they also have plans to release the world’s first legal microdose product.

While it’s not going to contain psilocybin, it is going to mimic the effects of microdosing psilocybin.

“We found functional mushrooms and nootropics that will give you memory boost and focus boost and we put it in a two and a half ounce format that you can have every morning for your daily microdose.”