Is It Too Early to Invest in Psychedelic Stocks?

Psychedelics could be the next big thing in medicine. Many companies are researching drugs that could help people with depression and other ailments through the use of ketamine, ecstasy, and psilocybin. And it’s not just small companies that are exploring the sector, either. The U.S. Food and Drug Administration (FDA) approved a ketamine-based drug from healthcare giant Johnson & Johnson in 2019.

However, many companies in the psychedelics sector are in their very early growth stages and aren’t generating much (if any) revenue. For growth investors, it may seem like a tempting proposition to buy in now before the sector takes off like cannabis. Is that too big an assumption to make, or can investing in this industry really make you rich? 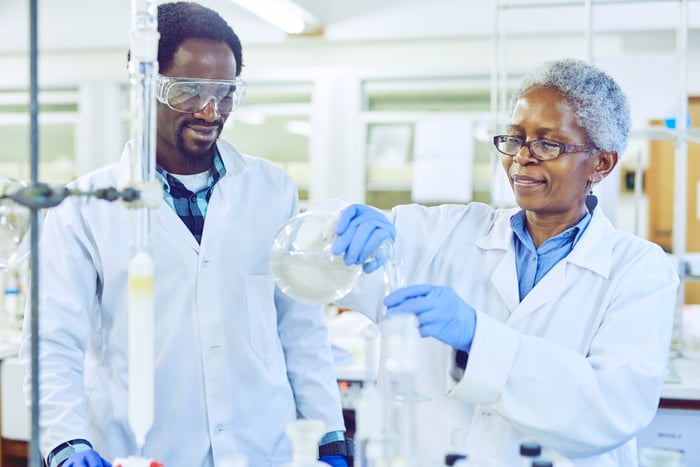 Legalization could take a long time, and it’s not inevitable

The FDA approved ketamine as an anesthetic in 1970, and it’s currently a schedule III controlled substance. However, both psilocybin (which is in “magic mushrooms”) and ecstasy fall into the more rigid schedule I classification (as does marijuana), which means the government believes the risk for abuse is high and the medical benefits from the use of such substances is questionable at best. However, the cannabis industry has been growing despite marijuana’s inclusion on this list, and companies are currently selling medical-use pot in more than 30 states. So heavy regulation may not be a significant obstacle for the industry, especially if individual states and cities pass legislation allowing the sale of these substances.

Although the needle is moving toward legalization, investors need to be careful not to assume that psychedelics will follow the same path as marijuana — in other words, that dozens of states will inevitably end up permitting their use. It is still a long road ahead, and the general public may need some convincing; a poll from earlier this year found that two-thirds of registered voters believe “psychedelic substances do not have medical uses.”

The lack of legalization makes it important for companies to spend money on research to prove that these substances work. Compass Pathways (NASDAQ:CMPS), one of the largest public psychedelic stocks, announced last month that it had completed enrollment on a 216-patient phase 2b clinical trial of a psilocybin therapy to treat depression. Later this year, it expects to report on the findings; if they are positive, phase 3 will begin next year.

However, even a successful phase 3 trial still doesn’t guarantee the FDA will approve a schedule I substance. Even after all the recent progress in marijuana legislation, there is still only one cannabis-based drug that the agency has approved, Epidiolex (made by GW Pharma, which was bought out this year by Jazz Pharmaceuticals). Simply proving that psychedelic treatments are effective could be just one piece of the puzzle; getting approval for them from the federal government is another, and that could be a long shot until they are legal. In the meantime, businesses are in difficult situations.

Many psychedelic companies are burning through cash with no revenue

One of the biggest reasons to avoid psychedelic companies right now is that they are spending lots of money without any revenue coming through the doors. Compass Pathways reported a net loss of $13 million for the first three months of 2021, incurring expenses but no sales. And over the trailing 12 months, the company has used up $51 million through its day-to-day operations. Given its $180 million in cash and cash equivalents, that isn’t a huge concern right now, but without revenue coming in, the prospect of dilution via further share issuance is a real one, and it poses a risk to investors.

Should you invest in psychedelic stocks?

Analysts from ResearchAndMarkets project that the psychedelic drug market could grow to a value of close to $11 billion by 2027 from about $5 billion in 2020, marking a compound annual growth rate of more than 12%. There is some great potential there — the problem is that translating this potential into revenue will ultimately depend not just on a company bringing a successful product to market, but on federal legalization overall. That makes a psychedelic stock like Compass Pathways a riskier investment than biotech, a sector in which legalization is usually not a problem and the biggest challenge is obtaining FDA approval. That set of challenges is risky enough, and psychedelics companies face even greater obstacles.

Investing in this sector is only suitable for those with a high risk tolerance who are prepared to lose a significant amount (if not all) of their money. Remember, it was back in 1996 when California became the first state to pass legislation to permit marijuana for medical use. It has taken a long time for the cannabis industry to get to where it is today, and investors who are assuming that psychedelic drugs will follow a similar path could be waiting for a long time — and there’s no guarantee of widespread legalization.

That’s why for the majority of investors, the answer is clearly yes: It is far too early to invest in this sector. While there are some promising opportunities ahead for the industry, that’s all that they are right now — opportunities. If you are looking for some safer growth stocks to invest in, there are much better options for your portfolio over the long term.

This article represents the opinion of the writer, who may disagree with the “official” recommendation position of a Motley Fool premium advisory service. We’re motley! Questioning an investing thesis — even one of our own — helps us all think critically about investing and make decisions that help us become smarter, happier, and richer.